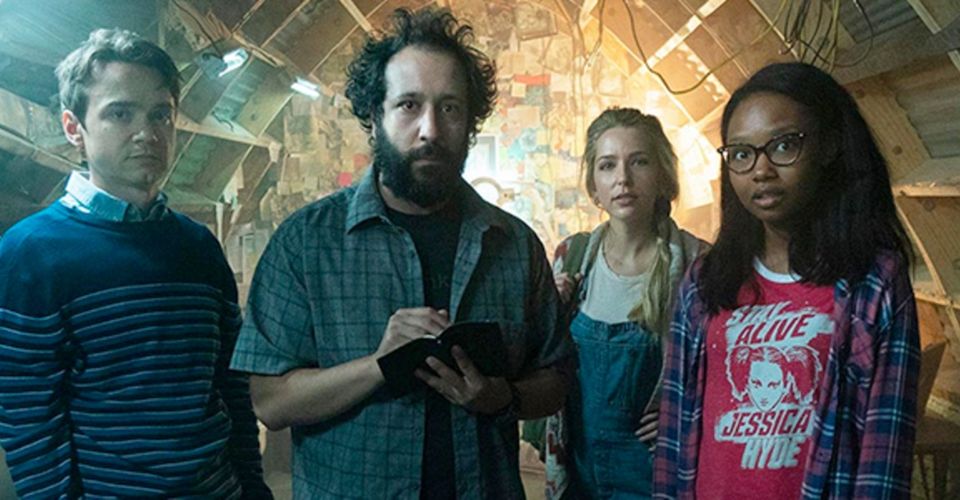 Is Amazon’s reboot of Utopia the perfect drama for our uncertain times? Maybe the world wasn’t ready for the Channel 4 original back in 2013. Maybe the world needed a crisis in the real world to mirror that of the fiction, or the world to get just a bit shittier regards global warming and a world pandemic and all its other problems. Indeed, maybe its all a little too close now- each episode opens with a disclaimer that the series is a work of fiction and its depicted pandemic in no way is intended to reference any real pandemic:

“This program is a work of fiction, and not based on any actual pandemic or related events. It contains scenes that some viewers may find disturbing. Viewer discretion is advised.”

Which might seem a little heavy-handed or overly cautious, but considering what Utopia reveals as the origin and purpose of its pandemic, and what the series then warns about a certain vaccine being utilised as a solution to that pandemic, well, lets just suggest even I was taken aback at what was being suggested and lord knows there’s enough anti-vaxxers in the world causing plenty of trouble without arming them with another conspiracy theory to jump upon.

The sense of timing is possibly considered incredibly fortuitous by Amazon, as its difficult to refute some of Utopia‘s madness when it seems to mirror the real world in disturbing ways, but its almost scarily well-timed (or ill-timed, depending on one’s point of view). HBOs Watchmen limited series was possibly six months ahead of world events regards racial tensions, Utopia is possibly six months behind, or maybe possibly bang-on, regards world events with the Covid-19 pandemic. Possibly its genius, possibly its crassly exploitive. Maybe its all a conspiracy. 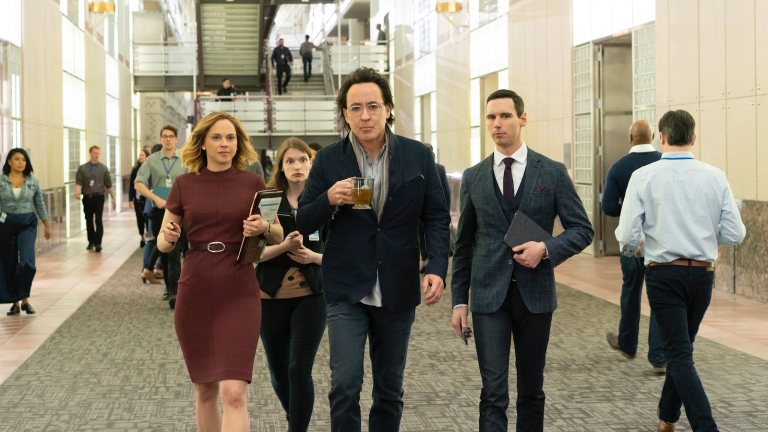 To be sure, Utopia is ultimately daft, Gillian Flynn (writer of Gone Girl) having created a deliriously excessive, nutty motherload of conspiracy dramas so wild it borders on farce. Its conspiracy piled upon conspiracy, in which characters suddenly realise their whole lives, romances, wives/careers are all part of a finely orchestrated conspiracy so intricate its mind-bogglingly mad. Mind, for all the silliness, there are sobering reminders of the power of social media to shape opinion and how the Internet can be misused to lie and misinform and manipulate. As violent as it is off the rails nutty,  in some ways it could be described as Watchmen by way of Fargo (minus the superheroes, naturally). John Cusack’s Dr Kevin Christie has a solution to world over-population and pollution as crazy as Adrian Veldt’s scheme to save the world, and its a reminder of how the very best villains seem to think they are the heroes saving the world.

Regards tone, well I guess you could describe the UK original as being very Quatermass, and this new one as, well, 24. I’m pretty sure this will be enjoyed by those unfamiliar with the Channel 4 series, while fans of the original may be horrified. They are chalk and cheese. This thing is slick and fast-paced and twisty and bloody… its very modern, very streaming/binge-worthy (heck, I’ve watched all eight episodes over this weekend). It has everything to say and nothing to say. Its got plot-holes that are huge and skirted over in a heartbeat. It takes the sudden twists and illogic of 24 and the surprise deaths of Game of Thrones and takes it to some other level, ultimately getting too daft to be taken seriously, undoing much of the good that it does early on. It just tries to layer too many surprises and twists. To be sure, its an easy target and can be easily ridiculed, but like the best conspiracies, like Kubrick filming the moon landing, Utopia may be a conspiracy series that lingers, that refuses to lie down. And its sure to resonate with some viewers, too. Its just too timely to avoid it.

Perhaps for my part, my biggest grievance is how it ultimately panders to inevitable economic realities- it ends teasing the possibility of a second season, when I would have absolutely adored it had it had the nerve to end with a decisive ending- ideally the End of the World ending it possibly deserves. I suppose had it ended that literal way it would indeed have returned to the Quatermass sensibility of the UK original, whereas, as I have noted, this thing is really more 24. It doesn’t escape my notice that 24 became a victim of its own success, and eventually a parody of itself in later seasons, and maybe Utopia would have been best left alone to one season, a self-contained whole. As an eight-part, continuously twisting, surprising drama it works like an efficient fine-tuned machine, but for awhile there, I really thought this thing could have gone dark.

Although, in these uncertain times outside of that television screen, maybe that would be just too much.