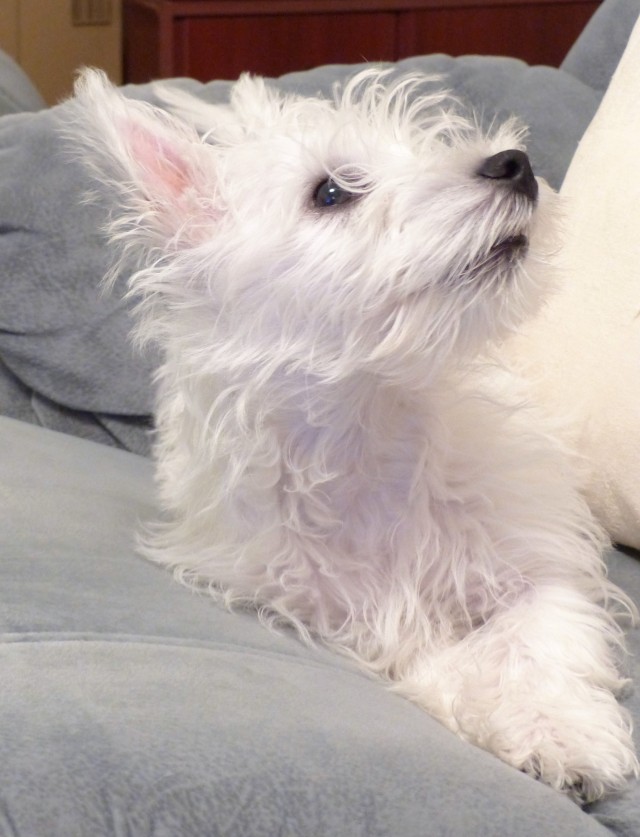 Well, there’s going to be lots of these over the year ahead… here’s a picture I took today of young Eddie. 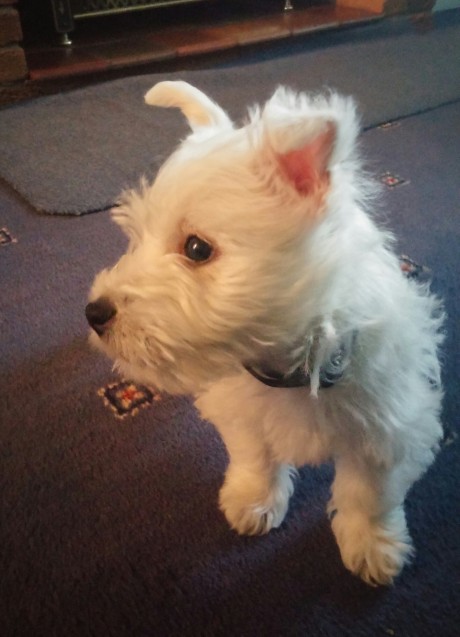 Got a new lodger from this weekend. His toilet habits leave a bit to be desired and I’m not even sure he intends to pay any rent. But he sure is cute. 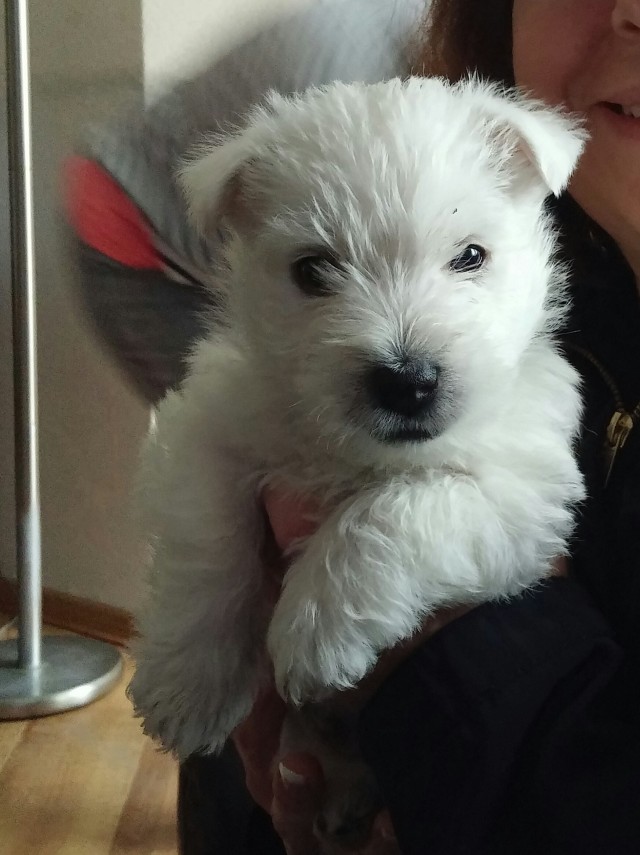 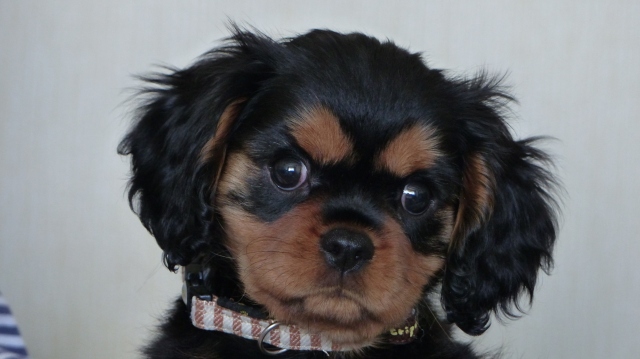 Here’s part of the reason why updates on this blog have been few and far between of late. When we got back from our vacation in Scotland last week we were able to pick up our new King Charles Cavilier, Ben. Readers of this blog will remember that we lost our previous King Charles Cavilier, Barney, back in February this year. It was a horrible experience that broke our hearts and is still something that we are coming to terms with. Quite a few people have since told me that upon losing their own dog they could not face having another and going through that pain again- its certainly a decision I can understand having experienced losing Barney. But we always felt that we would have another dog someday.

Events unfolded over the past few months that meant we had an opportunity to have a new puppy from the same breeder that we had Barney from some near-thirteen years before (how time flies). Its not a question of replacing Barney (how do you replace the Tom Cruise of Caviliers?) but rather trying to repair a home that somehow doesn’t feel like the same place without paws and barks and walks. But is it too soon? Its been something like six months and it still feels raw sometimes, Sue knew we had lost Barney and called Claire and told her she had just had another litter of five pups, and we went to see them; Ben was just a week old then- don’t think I’d ever seen a dog so small! Claire just clicked with him immediately. He’s a black and tan Cavilier, whereas Barney was a tri-colour. The distinction is deliberate; while we prefer to have a dog of the same breed we thought having a different colour might help us avoid too many comparisons and memories. So anyway, we decided to go for it, and here he is- meet Ben, looking rather nonplussed in the photograph above.  He’s near ten weeks old now, and we’ve had him home for just almost a week. We’re on our way to getting him house-trained but regards sleeping on his own he’s having none of it- we’ve had to take turns sleeping downstairs with him; seems he’s having more success training us than we are training him. Oh well, he seems to have settled in after a bewildering few days in a strange place with two strange people and is familiar with us now, so the serious work begins next week. (Any tips though will be gratefully received- he’s our second dog so we should know what we’re doing, but every dogs different so there’s a whole new set of new mistakes for us to make!) 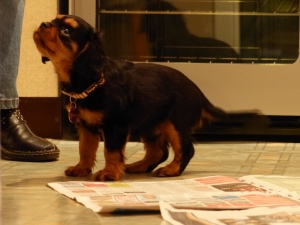 You know, one slip-up I keep on making for the past week, I still manage to catch myself calling him Barney instead of Ben… I get as far as ‘Barn-‘ and I realise what I’m doing. Old habits I guess. In a way I rather like that- I have no intention of replacing Barney or of forgetting him; in a way he’ll always be here. Ben is just the start of a new chapter. Very time-consuming though; Ben is inevitably high-maintenance and constantly demands attention. I figured it would be some kind of culture shock; we had Barney so long that memories of house-training him, and of his wilder puppy days are distant, but yes, its all coming back (as for house-training- well, accidents will happen). I tried watching a film last night but barely managed it due to about four or five canine interruptions. So anyway, I’ll try to keep things going on the movie-reviewing front etc. but forgive the shoddy updates for a bit. Its certainly looking easier reading and commenting on other blogs than maintaining my own.