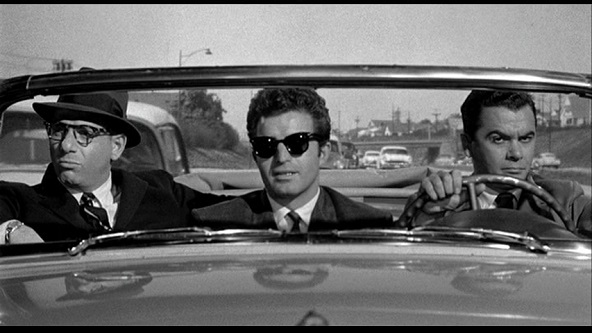 Its becoming clear to me that August has been a largely a month of re-watching movies, whether it be because of new 4K editions (True Romance), revisiting films that perplexed me first time around (Tenet), or just revisiting old favourites, as in the case of this film, the noir classic Murder By Contract, which came out as part of the second of Indicator’s Columbia Noir boxsets and which I first watched back in March. The fact that I have returned to it within the space of six months hopefully indicates the high regard in which I hold this film. Its really quite extraordinary. There probably isn’t anything more I can say about the film that I didn’t when I first reviewed it, but it is a remarkably cool film, from the catchy guitar score by Perry Botkin (which so good its unfathomable that Tarantino hasn’t used it in one of his films somewhere), to the deadpan performances of its cast, particularly that of Vince Edwards as psychopath assassin/amateur philosopher Claude, a character who will haunt me for years. Part genius, part idiot, a handsome dude who is horribly detached and casual in his violence until he finally, incredibly comes undone by his final target. It’d be a bit akin to casting a young Harrison Ford as Jack the Ripper or Scorpio; you want to be with Claude as he seems so cool but you know you’d be much safer in another country.

Released in 1958 (with such a low budget it was allegedly shot in just eight days), Murder By Contract was made at the tail end of the ‘classic’ American noir period, nodding towards the stylistic changes that the 1960s would bring (and the eventual advent of neo-noir). As much as it is a richly bleak noir it is a very, very black comedy. In some moments, its a little like the Wile E Coyote/Road Runner cartoon hijinks transported into a noir movie and really quite unlike any other film I have seen, other than Kiss Me Deadly and Taxi Driver, two examples which hopefully indicate just how odd a film this really is. Its a work of some crazy genius, one of the best films I will have watched this year, and I wouldn’t be surprised if I give it another watch before the end of the year. Some films really make a connection and this one did with me. 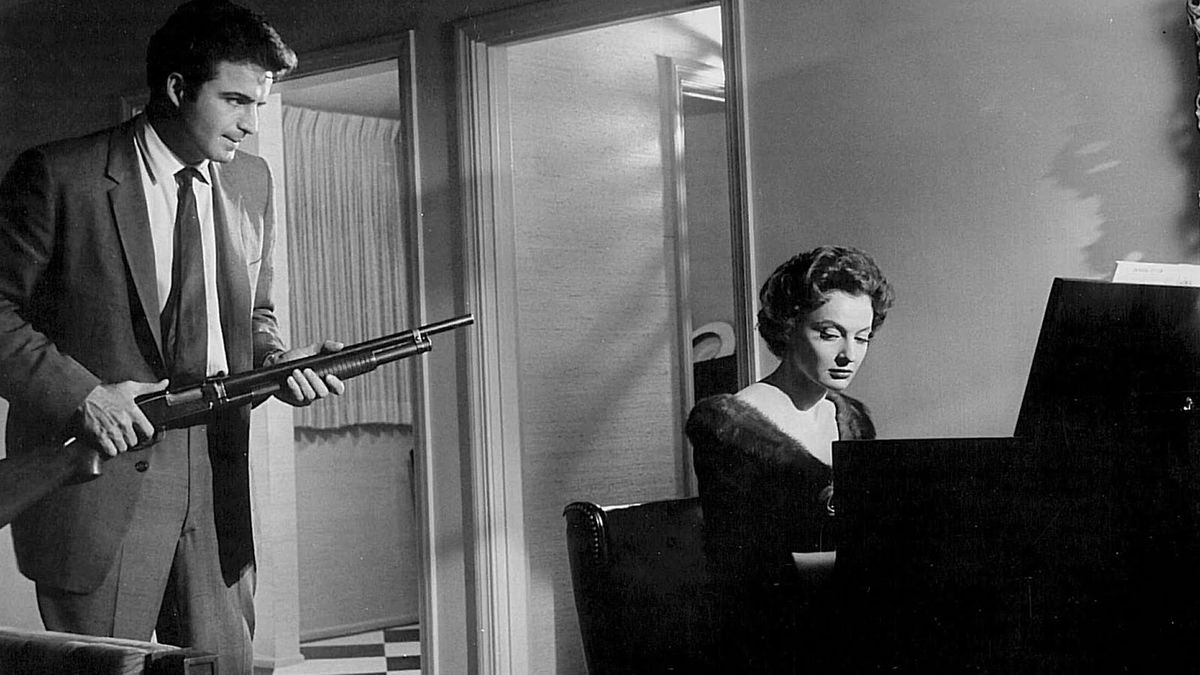 Wow. We conclude Indicator’s Columbia Noir #2 boxset with certainly the most surprising, and possibly best, entry in the set. Irving Lerner’s lean, mean and endlessly inventive crime thriller Murder by Contract is astonishingly good. I have to wonder if I’ll see anything quite so enjoyable, exciting and surprising as this film all year.

Vince Edwards stars as hit man Claude, a young, handsome, charming psychopath (well, it IS a noir…) who is as cool as ice in his new ‘job’ of contract killer for some faceless mobster. After a strangely arresting main title sequence in which he dresses for his job interview to become a contract killer, he calmly passes the interview and takes out his first few contracts with supreme ease: this is a young man born for this particularly harrowing career. His success with his early jobs (eventually including his own boss who hired him) gets him awarded a tough witness-removal job over on the West Coast. He is met by two hoods who serve as assistants/watchdogs: the nervous Marc (Phillip Pine) and the laid-back George (Herschel Bernard) who are quite bemused by Claude’s unnaturally calm behaviour, who insists that he is able to spend the first few days swimming in the ocean, fishing and playing golf, as if he’s on holiday. Claude’s calm can’t last however- and he strangely starts to lose his cool when he discovers his target is a woman…

I can’t praise this film enough. I really do enjoy the studio-controlled noir films that dominate these sets but this one is such a breath of fresh air -allegedly shot in just seven days, its extremely low-budget seems to have freed up all sorts of possibilities for director Lerner to get this film made under the radar. In some ways its like Edgar G.Ulmer’s Detour, another rather radical noir entry, or perhaps Kiss Me Deadly, but this one is superior to both- in a league of its own, its a 1958 b-movie noir that seems to prefigure European arthouse cinema films of the 1960s, or even (and more tellingly) Tarantino’s pulp crime thrillers- it feels so cool, so fresh, so modern. The music score -a guitar-based score by Perry Botkin- is hypnotic; variations of one theme that mirrors the zen-like calm of Claude that becomes somewhat dissonant as Claude’s failures to assassinate his last target breaks down his cool. Its absolutely nothing like any noir soundtrack that I have ever heard but fits it perfectly: but then again, in many ways this film is so unlike any other noir I have yet seen and yet it is, unmistakably, utterly noir. The finale is quite sublime.

As soon as the film finished (it runs a paltry 82 minutes) I had to fight the urge to play it again immediately, it was THAT good. I suspect this is one of those films that you can just wallow in, soak in and experience time and again with the same pleasure of watching a damn fine movie. It really is quite marvellous and has leaped into my list of favourite films, its THAT good.