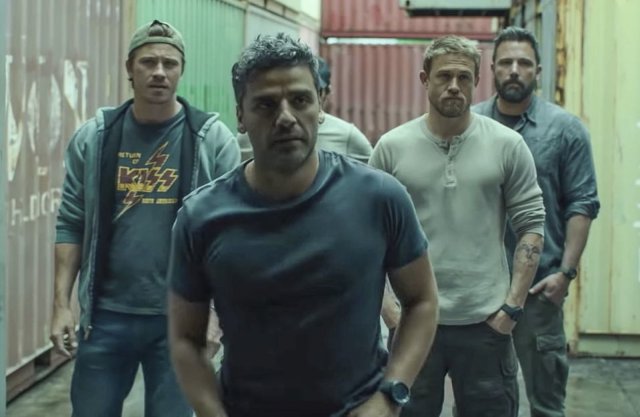 Its perhaps fortunate that I watched Triple Frontier in blissful ignorance of the pedigree of creatives behind it- in particular that it was directed by J C Chandor, who had earlier made two films I particularly enjoyed- All is Lost and A Most Violent Year. While I enjoyed Triple Frontier, it is clearly not in the same league as either of those two earlier films (in hindsight, maybe the casting of Oscar Isaac was a clue). From what I gather, Triple Frontier has had a long and protracted development history behind it (Kathryn Bigelow at one time marked to direct it, and a cast that at one time included Tom Hanks) – and it’s perhaps surprising that it has turned out as good as it has, or actually finally got made at all. At any rate, it’s probably not what I would call ‘a J C Chandor film’ in just the same way as several of Ridley Scott’s films were likely made as a ‘director for hire’ rather than a personal project (play a game, guess which ones). Which is a protracted way of me saying that I wouldn’t have enjoyed it quite so much had I been saddled with the expectations from the director’s name/past work. Sometimes you just have to judge a movie by itself, on its own terms.

So Triple Frontier (no, can’t say the title makes a lot of sense even after having seen the film) is a sort of old-fashioned action adventure/heist yarn, in which a bunch of embittered/financially challenged ax-Army Rangers buddies are recruited by one of their colleagues, who knows about a drug dealer down in a South American jungle whose millions of ill-gotten dollars could solve our heroes life problems. Hell, a premise like that, it could have been a great Predator sequel, but nevermind. So yeah, its part A-Team, part Sicario, part heist picture, part buddy picture, part man-against-nature picture. It should have been in all likelihood a terrible mess, and maybe it still is a bit of a mess, but it does actually work.

Sure, there are a few issues with the script, and characters making some odd choices just to further that script towards its various twists and plot-points, but that kind of thing can be inevitable from such a long gestation period and so many hands messing with it over the years. At any rate, the film does pack a few genuine surprises that I didn’t see coming.

It doesn’t hurt that it looks absolutely gorgeous. This is a movie with a capital ‘M’ and not at all what you’d expect – as I have noted before, some of these Netflix Originals are far beyond what might have been considered direct to video, or even tv movie, material, several years ago. There is some amazing location photography here and some great action sequences/stunt scenes. Maybe some of the visual effects don’t quite hold up to the scrutiny that this lovingly sharp and detailed image invites, but it really is quite cinematic. I don’t know what streaming compression Netflix is using but this film looked amazing in 4K, a real improvement on the fairly appalling compression artifacts and banding I suffered watching Voice from the Stone on Amazon a few nights ago.

A Most Violent Year is a period thriller set in 1981, but the film is really a throwback to films of the decade before. Its a riveting character piece, a study of someone trying to stay clean in an increasingly dirty city, slowly losing control of his surroundings and repeatedly finding his moral code and convictions being tested. Beautifully photographed, with a sharp, slow-burning script, a moody score and amazing cast, its an excellent film that just works brilliantly.

A Most Violent Year is the story of the Abel (Oscar Isaac) and Anna (Jessica Chastain) as they struggle to maintain their home oil business during the winter of 1981 in New York City. Their rise over the previous decade has earned them the attention of both shady competitors and a justice dept keen to clean up the industry. Hijackings begin to start happening, injuring his staff, and when Abel turns to the NYPD for help he finds them more interested in investigating his business than protecting it. Abel has set a time-sensitive business contract in motion which threatens to cost him everything he has and leave him with nothing if it doesn’t go through, and the increasingly violent hijacking attacks and investigations by the NYPD gives the bank he relies on cold feet. Abel takes pride in his personal ethos of staying clean and not resorting to violence, but threatened as he is on all sides and with time  running out, what else can he do? 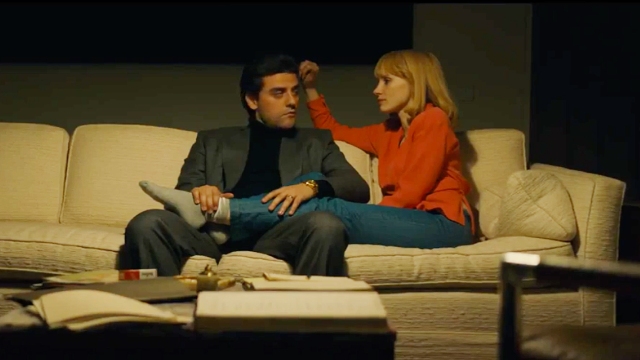 The title A Most Violent Year can be rather misleading. as this isn’t a particularly violent film. It is graphic at times, and quite brutal, but really it isn’t a gangster movie. It’s more a character piece, an examination of a man whose morals and way of life is tested to the limit as he tries to protect his family and save his business from ruin. Isaac is simply brilliant here, obviously a major talent to watch; externally calm and charming but as the pressure on him rises you can sense that internally he is threatening to explode. Chastain however simply burns the screen, stealing every scene she is in. Whenever I see her in a film she just blows me away, and in a dark character piece like this, working off the impressive Isaac in so many scenes, its just phenomenal work. She’s just an incredible actress and it will be fascinating to see her career progress if given decent material. 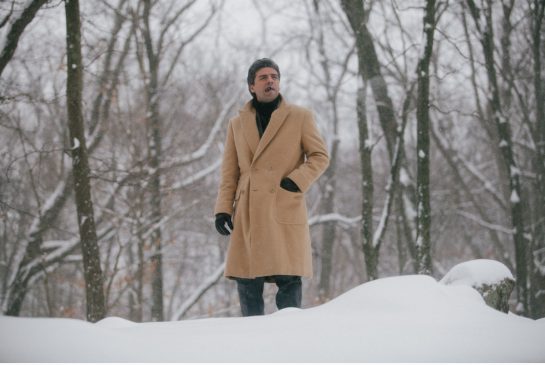 Credit is no doubt due to director JC Chandor, whose previous film, All is Lost, which I saw earlier this year also impressed me. Both films have the irresistible pull of powerful central performances and a slow burn that raises the tension as the films progress. Both films hark back to that Golden Era of American Cinema, the 1970s. These aren’t fast-paced films that use action and pyrotechnics to disguise lazy writing and plot-holes. This is a film with a beginning, a middle and an end. There won’t be a sequel or a prequel. We’ll never see these characters again. But they won’t be forgotten. Its powerful stuff and definitely worth at least a rental if you are a fan of 1970s-style movies. It certainly deserves a wider audience than it likely has found so far- like All Is Lost, I suspect A Most Violent Year will gain an increasingly appreciative audience in years to come. The best films always do.