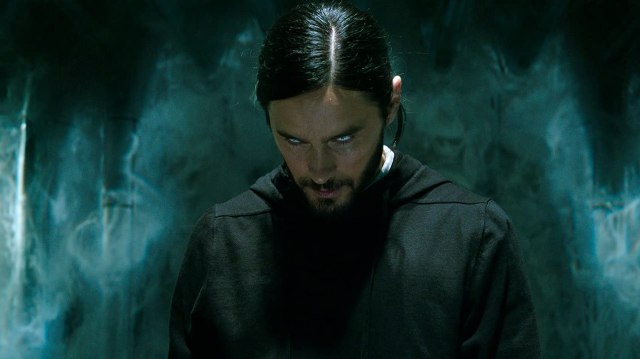 I appreciate its not going to happen anytime soon (or even far away, at this point) but isn’t it past time Hollywood came off its addiction to superhero, or in this case, supervillain (albeit it seems the same thing) movies? Morbius probably only exists because Sony is trying to maximise its IP rights to the Spider-Man comics and its unique characters, rather than any real artistic merit for it. I mean, really, can anyone make an argument why the world needs a Morbius movie? I suppose one could say the same about Venom, and I imagine we should consider ourselves lucky we haven’t been subjected to a Dr Octopus film in  which he marries Aunt May (hey, it happened, so its canon, I guess). But where does all this madness end?

Morbius is… well, I always figured he was just a minor villain in the Spider-Man comics, he only appeared in a single story spread over just two issues, way back in 1971 (The Amazing Spider-Man #101 and #102, a story more infamous than memorable because Spidey discovered he had grown an additional four arms at the end of the ‘special event’ #100, and Morbius was Spidey’s key for a cure). Anyway, Morbius seems to have gotten some kind of fanbase, because he then appeared again with Spidey in Marvel Team-Up the very next year and continued in other titles during the ‘seventies (I believe Marvel’s horror comics like Tomb of Dracula were very popular that decade). But Morbius was never part of the Big League of popular Marvel characters. Or at least, so I thought.

So anyway, he now gets own movie, presumably to ensure some tie-in with Spidey in some later movie, the way these movie universes/box-sets work. A post-credits sequence in which The Vulture (Michael Keaton) turns up to further complicate matters/tie things together just utterly bamboozled me, but maybe I’ve missed too many Marvel movies now and I’ll never make sense of it all. Anyway, this is an origin movie and proves a loose adaptation of the comic, at least as far as I can remember. Its kind-of a combination of Frankenstein and Dracula, in which a scientist, Dr. Michael Morbius (Jared Leto, what?!) so desperate to find some cure to a blood disorder via a fascination with bats takes things a bit Universal Horror and turns himself into a vampire. His best buddy since childhood, Milo (Matt Smith)  infects himself too, but he’s not as honest/wholesome as Morbius and becomes a madly over-acting fiend and there’s one of those cartoony big fights at the end and then, er, its The End and the silly nonsense is over, until mid-credits when The Vulture turns up.

Its not terrible. I’ll give it that. But it does seem pointless. All the way through it I was wondering why. Why does this film exist, what is its purpose? What is its original thought, its core spark of originality? I should perhaps stop asking myself questions like that, watching movies. I’ll just keep giving myself an headache.

3 thoughts on “Fangs ain’t what they used to be”