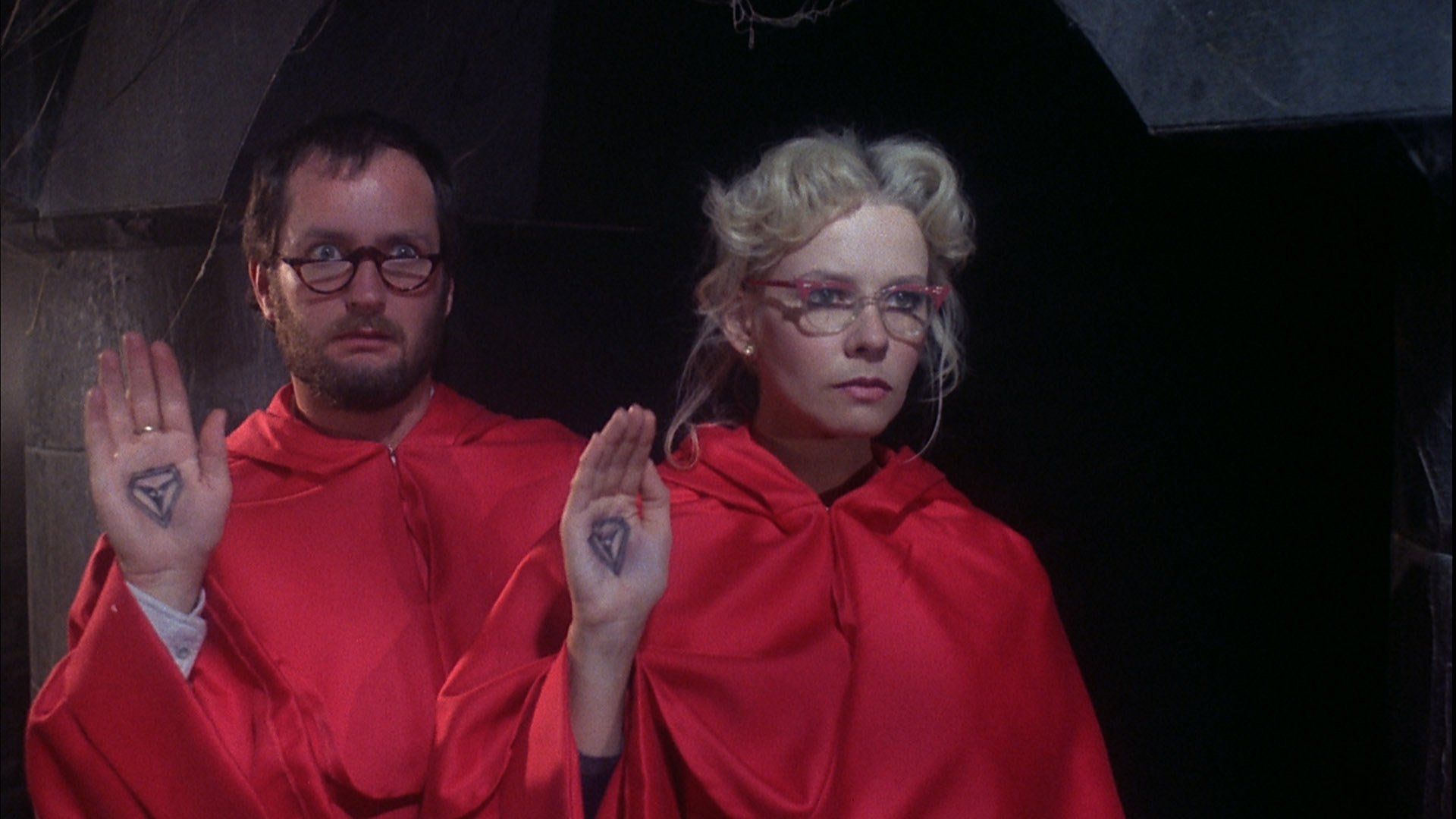 This really isn’t the film the title suggests that it might be, and the oddest thing about it is that I had absolutely no idea that this film even existed until I stumbled upon it watching Netflix a few nights back. Some films slip into an obscurity so total its like they were never even made, and to be brutally honest, some of them deserve that too. Which is the case with this one.

Released way back in 1984 this British comedy-horror film stars a bunch of British television actors/comedians of the time and is thus something of a time capsule for those of us who lived through the 1970s/1980s. Kenny Everett, Pamela Stephenson, Gareth Hunt, Don Warrington, Cleo Rocos, Sheila Steafel… you might not know their names but if you were watching television here in the UK back then you’d remember their faces, possibly with nostalgic affection. The film even features a minor role (albeit important to whatever constitutes a plot role for horror favourite Vincent Price who, like Peter Cushing, had a peculiar penchant for appearing in any old rubbish as long as there was a pay check.

But strike from your mind any thought that this might be some long-lost classic, because this film is terrible. It isn’t funny, it isn’t scary, its just appallingly bad. Most of the cast listed above are playing a bunch of scientists investigating alleged paranormal goings-on at Headstone Manor, a creepy old building with a history of death and violence, and none of them convince as actors never mind scientists: the acting wooden to the point of being inferior to a Gerry Anderson puppet show, and the direction woefully perfunctory and lame. Its a chore to get through and I winced most of the way through -partly out of embarrassment for those onscreen, partly through the jokes landing with repeated thuds. Its a cringe-worthy ordeal to sit through during which one frequently wonders, “what were they thinking?”

The film was written by Barry Cryer, something of a legend in British television comedy, who worked on several comedy shows of that era like The Two Ronnies, Morecombe and Wise and many others, but most notably The Kenny Everett Video Cassette, which was Everett’s hugely popular comedy series airing between 1978-1981 that I loved growing up, and likely landed him this gig which proved to be Everett’s one ill-fated foray into movies. Lampooning horror tropes of the time, this could have been quite fun, but it fails to hit the mark of aping the style of the 1960s Hammer horrors that its supposedly making fun of. It feels more like a television comedy sketch stretched too far, too much a thing of the early 1980s when it should have been more of the gothic horror of two decades before with an affectionate comedy bent. This film doesn’t seem to know what it wants to be- at least the infamous Carry On films knew what they were, and Carry On Screaming is some kind of golden classic compared to this and far more successfully nails its horror-comedy balance. 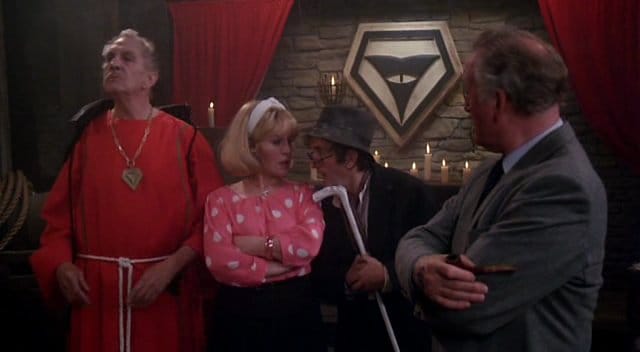 It probably doesn’t help that the budget must have been pretty dire;  there’s indications that much of it was shot under considerable time-pressure, resulting in blatant continuity errors and a disjointed story that really makes no sense whatsoever. Vincent Price for instance, nominally playing the major villain evidently filmed his scenes quite apart from everyone else. It has the effect that his scenes seem from some other movie just edited in-between scenes featuring Everett and company exploring the manor (which Price never enters, and with whom Price never shares any screen-time). Worse, Price is written out suddenly as if they literally ran out of time (was he available for just three days or something?) so he just seems to disappear midway through. I accept that in a horror-comedy lampooning horror tropes the last thing one should expect is a sensical storyline or anything approaching genuine horror, but all the same, when you have a guy as canonical as Vincent Price in a film, you should use him as such. Price was always so larger-than-life that part of the pleasure of any of his horror films was his tendency to play things big, almost parodying the very horrors he was starring in (whereas Peter Cushing would underplay roles, not drawing attention to himself). Mind, there is some pleasure in seeing that Price was clearly enjoying himself as usual, so at lest some good came from the film.

Maybe they just couldn’t afford him to be around sufficiently enough to use him to the films advantage. In defence of the film, one cannot appreciate the pressures when making a film, the money and time constraints at the time. Which sounds like I’m making excuses for a film being woeful, but its obvious that a British film such as this is an entirely different enterprise to a $200 million Hollywood blockbuster that turns out appalling. Some scenes such as a flashback of Everett’s character messing up a surgery is a blatant one-camera piece of schtick that looks like something direct from his television sketch show. I can imagine in some film projects a director shooting retakes until he can say “that’s perfect!” whereas I imagine director Ray Cameron here would just say “that’ll do!” and then move on to the next (likely unprepared) scene. Its just the reality of low-budget film-making, particularly back in the early 1980s here in Britain, when we hardly had any film industry at all.

So really one to avoid then, unless the sheer curiosity of this strange oddity overwhelms you, as it did me. Its really something of a time capsule for those of us who grew up back then, albeit perhaps one that shouldn’t have been dug up yet. I wonder how on Earth Netflix got a hold of it? I suppose its just further proof that Netflix will stream anything and everything.