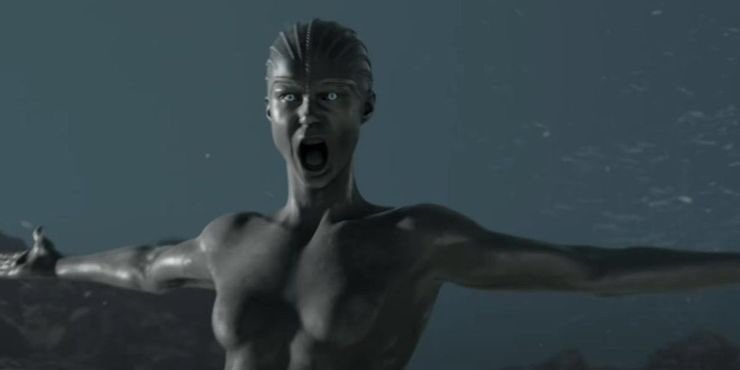 Alas, the fascination with ‘mystery boxes’ continues and becomes increasingly tiresome: its a crux used by JJ Abrams all through his career and one endlessly mimicked by other creatives, best described as being a narrative which drops viewers into the middle of a mystery-in-progress that leaves them wanting to know answers in both directions (what happened before/what happens next?). Admittedly I can trace a lot of this to J. Michael Straczynski’s Babylon 5, which is one of my most revered genre shows. Not that B5 was the first, but certainly at the time when it came out, American shows were generally episodic in nature, pressing a metaphorical ‘reset’ button at the end of each episode and one episode seldom if ever referencing another.

Babylon 5 was more like a huge novel, each season being a part of a larger whole, so early seasons of B5 dropped hints and portents of mysterious ancient wars and a dark menace returning to threaten all the galaxy, and Straczynski fulfilled all the promise in later seasons, rewarded all the investment with the arcs and world building. He brought all the threads and revelations together into a grand conclusion that satisfied immensely (at least as regards the Shadow War storyline with season four, season five’s issues being largely out of his hands).

It paid off, and in spades, but that was a trick that showrunners and writers these days don’t seem to heed.

So instead we get obtuse writing posing as complex storylines, promising grand revelations regards mysteries being scattered through plots (Westworld, Lost, Disney Star Wars etc) which ultimately fall apart, everything being built on sand. Its incredibly frustrating being taken in every time by this mystery box routine. Showrunners and writers are hooking viewers in and then largely failing to reward the viewer investment: even shows that succeed at this on some level only manage this in some compromised way that proves contentious even amongst fans (I’d cite Fringe as an example of this, and Ronald D Moore’s Battlestar Galactica reboot too).

So now we can add Raised By Wolves to this annoying list of Mystery Box Television, and already by the end of its first season its clear that a promising concept is not going to fulfil the early promise of its first few episodes. Those first two episodes in particular, directed by Ridley Scott no less, promise so much that even within the space of its ten-episode first season the crushing disappointment is palpable. 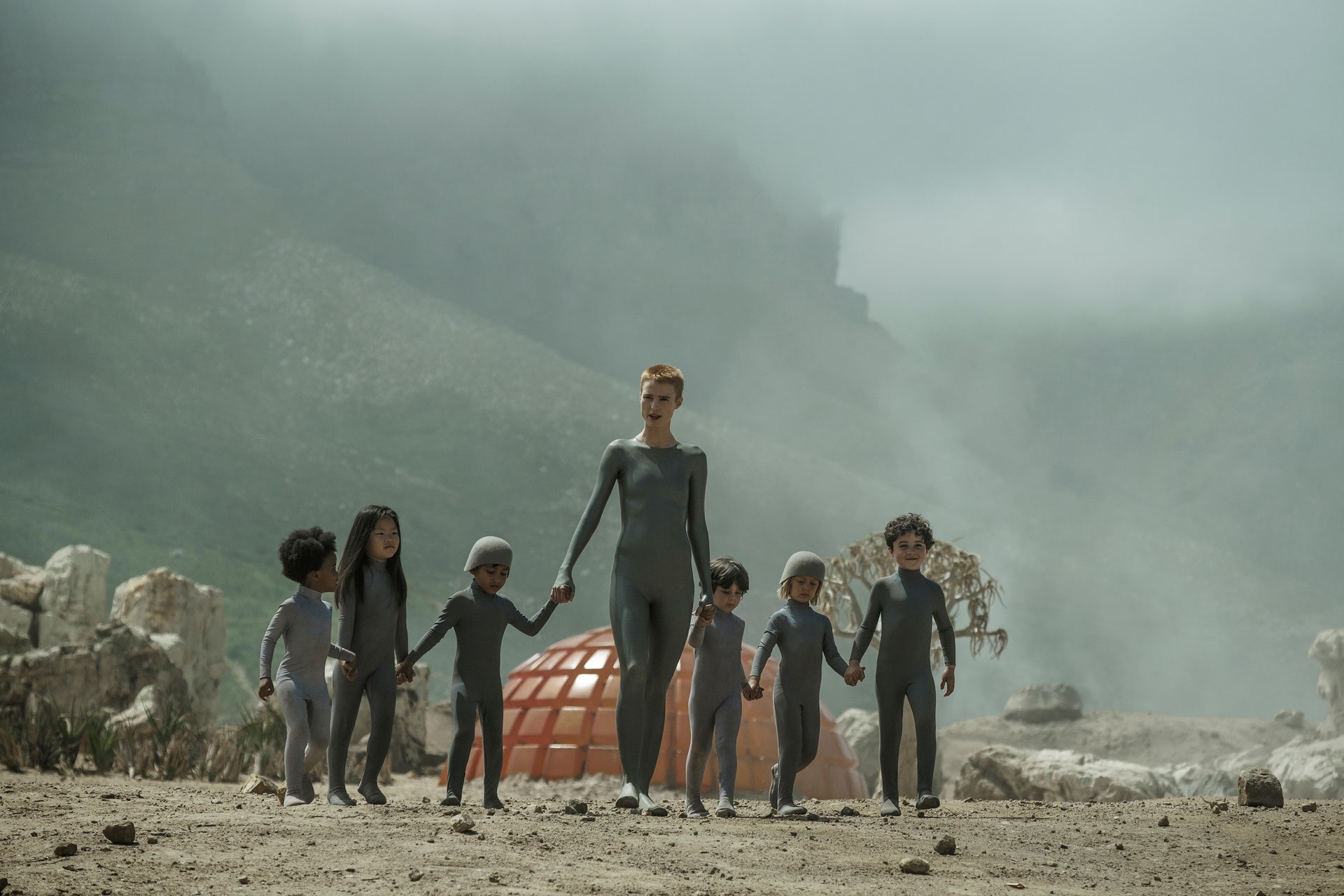 Two androids (‘Mother’ and ‘Father’) arrive at a remote planet, Kepler 22b tasked with raising a group of human children in order to rebuild and save a humanity that has been destroyed by a global war between two factions: atheists and fundamentalist sun worshippers called the Mithraic. The visual design and concept is fascinatingly reminiscent of that of Scott’s troubled Prometheus, so much so that it almost seems an unofficial sequel, or at least set in the same universe. The music, too, seems directly related to that films haunting score.

On that level, I was hooked from the start, and enthralled by glimpses of this global disaster shown in flashbacks (Ridley Scott visualising The End Of The World!), scenes of survivors boarding colony ships bound for a fresh start on a new world. Vague references to the two warring factions and a subtext referencing Eden, humanity bringing its old sins to tarnish this new world – it promised much. Additionally, ‘Mother’ (Amanda Collin, who is quite excellent) is fascinating, an androgynous android that back on Earth was a weapon of mass destruction, a Necromancer that destroys with its voice, the android of Lang’s Metropolis transformed into an Angel of Death. Now mysteriously reprogrammed to nurture and protect its cargo of twelve human embryos and the children they grow into, she is aided by her companion, a lesser, servant-model android named ‘Father’ (Abubakar Salim, who possibly steals the show). ‘Mother’ is initially protective as intended, but falls back into her old destructive ways when her wards are threatened by a Mithraic colony ship arriving at this New World, her powers terrifying both children and enemies alike.

The mysteries are endless: who reprogrammed ‘mother’, what is the history of this new world and the skeletons of giant snakes that litter the landscape, what are the unnatural circular shafts that plunge into the depths, the odd voices characters begin to hear, the mysterious artefacts of alien origin that are found… yeah its all mystery box piled upon mystery box, and unwisely the series begins to unwrap some of these boxes, each one proving a confounding disappointment, increasingly riddled with inconsistencies. Why is no-one alarmed at signs of alien life or remnants of apparent alien intelligence? Are Mother’s virtual meetings with her creator truly the resurfacing of deleted memories or are they a fabricated deception created by some entity of Kepler 22b, manifested later as the giant snake? And how do Mother and Father survive plunging down into what is presumably the molten core of the planet, through and out the other side (as patently ridiculous as it sounds, it makes the Hollow Earth of Godzilla vs Kong seem almost pedantic).

Its actually alarming to see a show that begins with such promise collapse so very quickly- its like seeing all three seasons of Westworld condensed into a single season, and I cannot imagine where it will take us with season two (just finished filming, apparently). That’s if I stick around for season two, of course. I was enjoying the first half of this season but began to rapidly lose interest during the second half, the finale proving totally unsatisfying, typically dropping hints and leaving arcs for season two to attempt to resolve (or just tangle up even more). Even as a fan of Babylon 5, I am getting so tired of the teasing of revelations and answering questions with more questions: just tell the goddam story.

2 thoughts on “Raised By Wolves (Season One)”