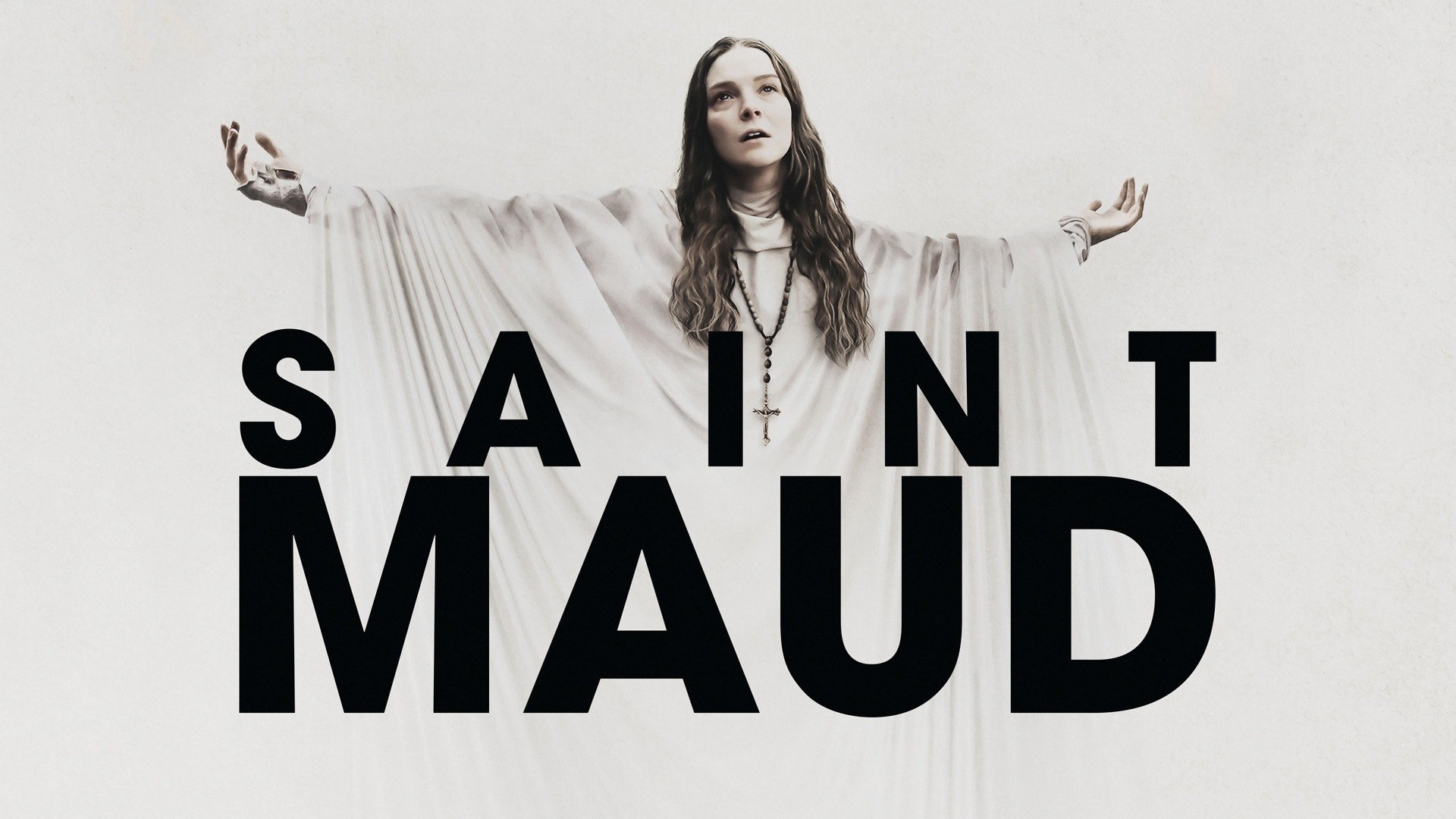 I’m pretty certain this one is a Marmite movie: one of those love/hate pictures – for my part, I have to admit I was quite blown away by it. I thought it was astonishing and intoxicating; its mood, its sense of time and place, I couldn’t take my eyes off it. I’m not sure it works as a horror film, which appears to be how it was marketed- sure there are horror undertones but I much prefer to think of it as a decidedly unnerving psychological drama. A little like Taxi Driver set in Scarborough. Maybe that’s just cheating: its a lot like Taxi Driver, its nothing like Taxi Driver; it feels like Taxi Driver. Younger audiences with a more contemporary frame of reference might be surprised by its similarity to something like Joker, but Martin Scorsese was there long before. This is a study of a fragile psyche increasingly marginalised and isolated from society and the normal world around her, descending into madness. Its the farthest thing from pleasant.

Palliative care nurse Maud (Morfydd Clark) is a very withdrawn, increasingly isolated young woman, traumatised from a prologue in which something seems to have gone terribly wrong with a patient in a hospital. Sometime later, and no longer working in that hospital, Maud is hired to look after Amanda Kohl (Jennifer Ehle), a middle-aged woman who was once a celebrated and successful dancer and choreographer but who is now dying from terminal cancer, living her final days as a recluse in an isolated run-down coastal town. Maud is deeply religious, convinced that she has been touched by God and is meant for some hidden purpose, and is both fascinated and horrified by Amanda’s atitudes and those of her visiting freinds. Amanda seems have led a wildly hedonistic lifestyle and clearly has no Faith. It begins to dawn upon Maud that Amanda is the subject of her Purpose: that Maud needs to save Amanda’s soul from eternal damnation and lead her to the light. By any means necessary.

Saint Maud is about the terror of loneliness, and clinging to some kind of purpose and reason, however misguided or dangerous. Like Travis Bickle before her (and admittedly my comparison is likely lazy, too on the nose but throughout watching the film I couldn’t shake it) Maud’s attempts to connect with the people around her fail utterly, suffering rejection and her ensuing self-obsession twisting into further insanity as her helpless rage descends into religious mania. One can use God to justify anything.

This film is beautifully filmed, with darkly unsettling cinematography and a truly nerve-wrecking musical score. The performances are excellent, particularly the double-act of Morfydd Clark and Jennifer Ehle who are both thoroughly convincing, Clark mentally disintegrating while Ehle physically disintegrates. Its not an easy watch. It might even be boring to some, particularly those expecting a more ‘traditional’ horror movie, but I found it quite fascinating and endlessly bouncing around in my head afterwards.