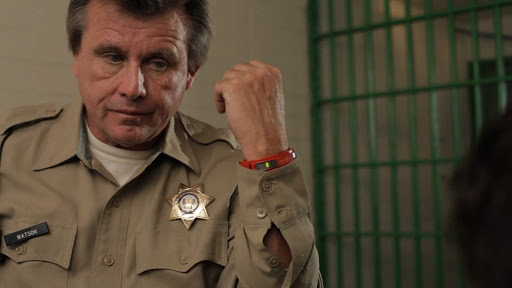 Invasion Day (aka Dragon Day)… where to begin? China gets worried that America can’t repay its huge national debt so switches off every microchip ‘made in China’ through a devious backdoor wi-fi signal, practically killing every technological device in America. Cars fail, planes fall out of the sky, power-grids fail, mobile phones go dead, water supplies fail. America is under new management, people – sign up to China’s Red Brotherhood or forget ever having a shower again or your toilet flushing.

Its Red Dawn without the heroic fight back or without invading troops- literally, its an invasion movie without an invading army, which I suppose some might consider radical and ingenious, if only the film had a budget of any note or was executed at all well. Considering the Chinese Menace at the heart of the film its curious that I think there’s only one Chinese or Asian actor in the film (and I’m not certain if he even had any lines). The acting is terrible, the screenplay risible… its all pretty horrible.

Should you really hate yourself, Invasion Day is currently streaming on Amazon Prime, further proof of the mediocre quality control of streaming services in their desperate need of content.