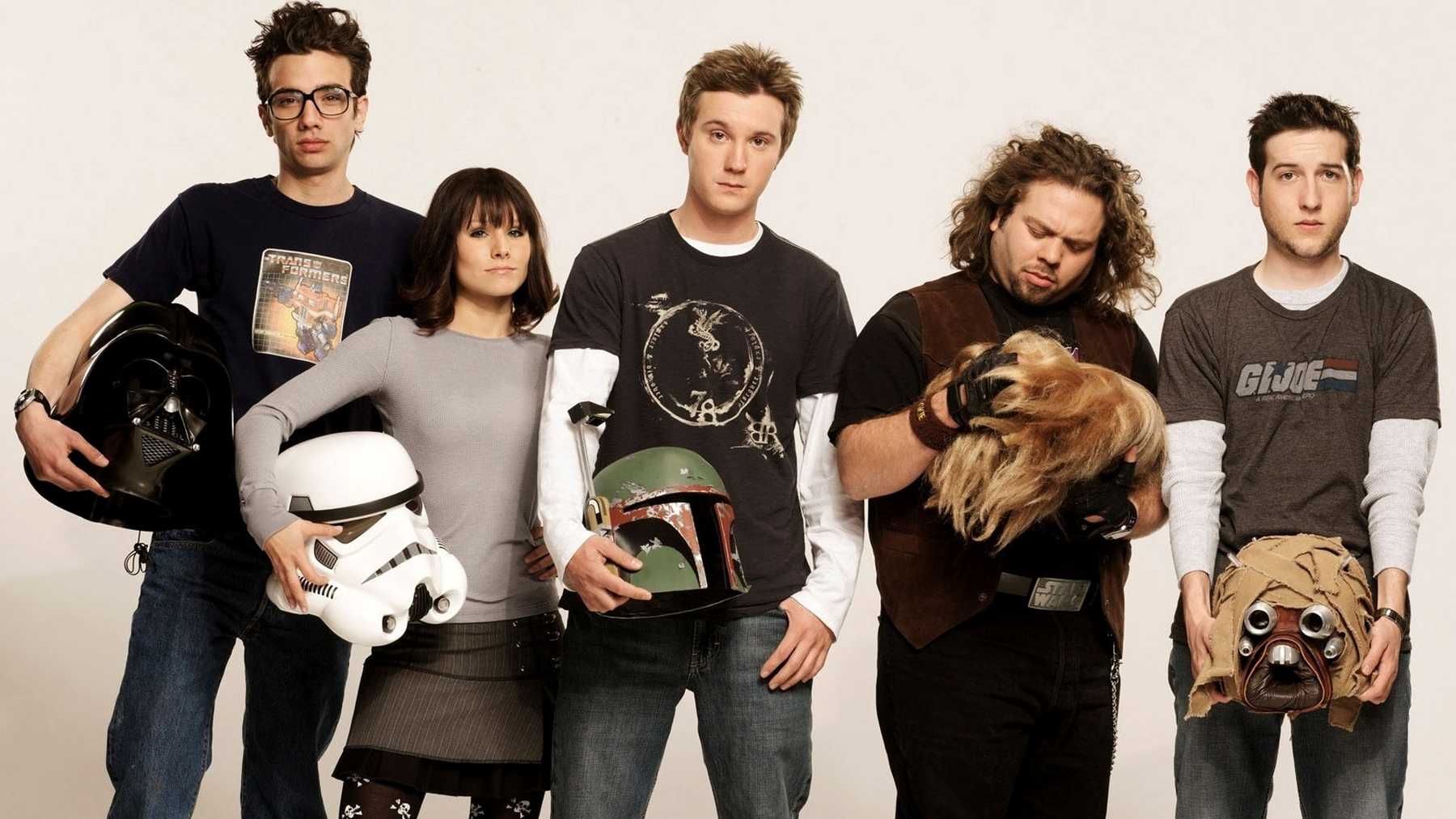 I so wanted to like this; a comedy about a bunch of Star Wars fans who take a cross-country trip to break into Skywalker Ranch in 1998 so that their dying friend can see a rough cut of The Phantom Menace before he dies. Its a story about friendship and a shared love for Star Wars, a triumph of geekdom in a cold harsh world that shatters childhood dreams, a film about realities of adulthood and lost youth.

Or rather, it should have been. I’m not sure what it actually turned out to be, except that it wasn’t particularly funny, and wasn’t as involving and genuinely heartfelt as it could have been. The irony that the Grail these fanboys are after turns  out to be a pretty lousy movie (and that perhaps in the face of their geeky friendship and shared love of Star Wars, that doesn’t even really matter) is hardly touched upon. Maybe they’ll make a reboot someday about a bunch of fanboys on a road-trip to steal the only pre-release cut/copy of The Last Jedi will land the irony when they destroy it and save fellow fans the horror.

For some reason, the film chooses to degenerate into highlighting a geeky feud between Star Wars fans and Star Trek fans, persistently going back to this old joke as if to add some manic comedy action to the plot, add some pace to it. If anything this risks alienating the geek fanbase you’d think this film was being made for. Certainly the film works best when we laugh with our geek heroes rather than laugh at them, and the humour perhaps really shouldn’t lean towards humour at the expense of them. There is a tendency for the POV to be from an ‘ordinary’ non-fan perspective, ridiculing the fandom, which seems like a lazy joke.

While Fanboys was obviously made with the best of intentions (at least I hope it was) it is largely a misfire. Its enlivened by some nice cameos (William Shatner! Carrie Fisher! Billy See Williams! Kevin Smith! etc!) but they just feel all the more wasted in the end, because none of them are actually asked to do much or really inform the reason for their cameos (I did like the “I know” joke that sweetly highlights the Carrie Fisher cameo, and of course, just seeing her again is both lovely and sad, too). I mean, how do you waste a legendary ego like William Shatner with a one-scene cameo?

There’s a great Fanboys movie to be made someday, but I really think that to do it right, it might be more like Stand By Me in tone and execution, albeit starring middle-aged guys rather than kids or young adults; serious but warmly affectionate, a story about  lost childhood and a shared love for something that thrives utterly apart from Corporate billions, Box Office or critical infamy.  Just call it Class of ’77 and go with it, how can you lose?

Somebody call my agent, lol!

One thought on “Pity the Fanboys”