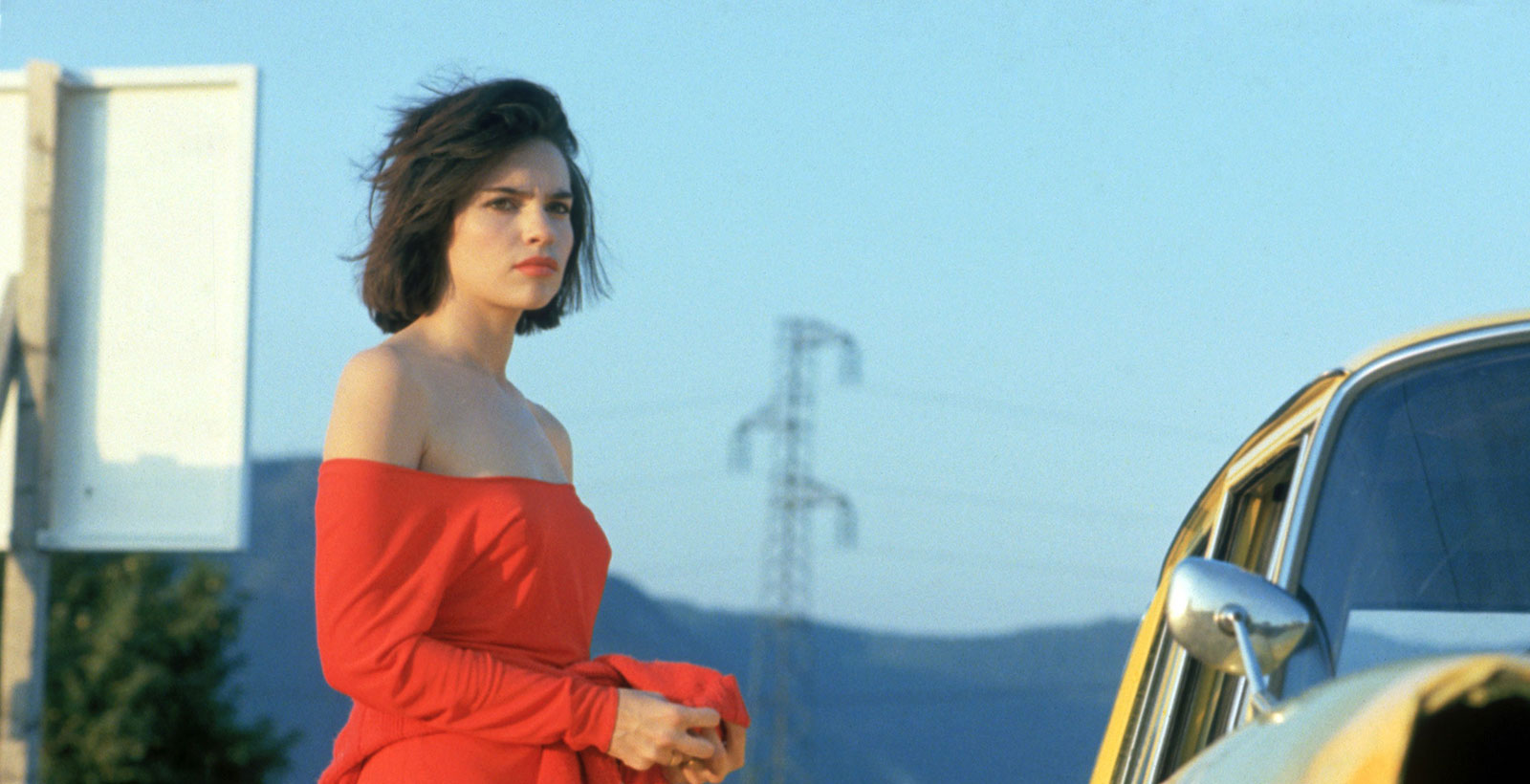 I never knew a girl like Betty. I suppose young men can only dream of ever meeting a girl like Betty- gorgeous and sexy and wild and adventurous. I’m sure some lucky guys in their youth actually do meet girls like Betty, and some might even survive it, but I’m not sure my tender young self back then would, and I think I knew it, even then. I think I’d have been like a fragile butterfly caught in a storm; someone like Betty would have just destroyed me. Betty is a force of nature, untameable, vivacious and sexy and crazy and self-destructive, a sex-siren turned Black Hole pulling everyone around her into her orbit and dragging them down to her Event Horizon. If Betty Blue was a film noir it’d end with a world-weary detective shaking his head stating that “no man can ever tame a woman like her.” As it is, the film ends on a crushingly sad, but somehow life-affirming note – the latter a surprising touch. What did I write a few days ago, about The Cranes Are Flying? That the best love stories seldom end well?

So I finally -finally!- got around to watching Betty Blue. I’ve had that film on the shelf since I bought it back in November 2013. It’s the Second Sight edition, a two-disc set in a neat cardboard slipcase. Betraying its age, the film is on a Blu-ray (theatrical and Directors cuts) and the second disc with the extras is a DVD. Admittedly, I bought it on a whim, but its been sitting there close on seven years. The toughest disc on the Shelf of Shame, starring back at me all this time, teasing me, taunting me.

I think part of the reason it has taken so long is that, having never seen the theatrical cut, I’d heard the Directors Cut from 2005 was the preferred version, and its just over three hours long, so its not as easy to schedule as most. Even my favourite films that I absolutely adore, if they run that long or longer (I’m thinking Once Upon a Time in America, mostly, but you know, there’s others like Spartacus or Ben Hur and many others) I rarely get around to re-watching them, certainly not as often as I’d like.

My mate Andy had a copy of Betty Blue on VHS back in the late ‘eighties. He had the soundtrack on cassette. God, just mentioning those old formats is like some kind of history lesson. Watching Betty Blue last night, I kept hearing moments of the lovely, evocative Gabriel Yared score suddenly remembering it from Andy’s cassette that he’d sometimes play. It was like years -decades!- slipping away. You can tell Betty Blue is a film of the 1980s. There is just something about it. Something in the cinematography, that music score… Its a VHS movie.

Betty Blue is a (very) erotic love story/psychological drama, from 1986. Its original French title is 37° 2 le matin, meaning “37.2°C in the morning” but I guess it was inevitable that it would get a simpler, easier-to-market title for foreign markets. It was certainly rarer back then, I think, for foreign films to get seen over here. You have to remember, it was still the era of pan and scan, of VHS rentals and zero importing of films that people do today (DVD really changed everything in that regard). At the time Betty Blue I remember was all the rage, a fairly iconic film in its visuals, its unforgettable main character, its graphic sex etc. I seem to recall the poster seemed to be everywhere, a fashion statement in itself.

Zorg  (Jean-Hughes Anglade) is an aspiring-but-failed writer eking out some kind of lowlife living as a handyman for a community of beach properties (wooden bungalows/shacks) at a low-rent seaside resort. He has met Betty (Beatrice Dalle, in, incredibly, her debut) and the film tells the story of their wildly passionate, all-consuming love affair. Tellingly, we don’t actually see the moment when they meet, or how they met. The film opens with them making love in Zorg’s shack on the beach. Its soon clear that there is something wild about Betty, something of a force of nature- they have a row and she behaves like a child having a tantrum, and a later argument with Zorg’s sleazy boss ends with her emptying the shacks contents on the beach and then burning the shack down.

The film has an episodic nature, which surprised me (don’t know why exactly; maybe the idyllic beach scenes were so lovely I just expected to stay there soaking it in for all the three-hour movie). With Zorg’s shack burned down its obvious they have to move on, this time to a Paris suburb where one of Betty’s freinds, a widow, Lisa (Consuelo de Haviland), runs a slowly disintegrating hotel. I don’t know if its deliberate, but everywhere that Zorg and Betty go to live, is a dump. Their surroundings are always dusty and rusty and falling apart. Maybe that’s a deliberate choice- well, everything in a film is, really- to contrast their passionate affair and sexual freedom with their old surroundings, youth against age, life against entropy. Betty’s burning so bright against all of that, so bright she can’t help but burn herself out.

So Zorg and Betty meet different people, we witness the relationships that play out. There are some wonderful strange and kooky and endearing characters. Its very European. There’s no English reserve on display here.

The common thread throughout all this is Betty’s wild moodswings. Its not clear what in particular triggers her off, sometimes it just seems that she can’t adapt to life or the world not going along with what she wants or expects. In that respect, she’s a lot like a child. Moments of friction or disappointment seem to throw her into a dark rage, at first externalising on things like Zorg’s possessions or his shack, but later becoming turned upon herself. From the start people warn Zorg that she’s crazy, and maybe Zorg knows it, but he’s in love. Its easy for people on the outside to see it and be dispassionate about it, but Zorg is inside it, inside her storm, caught up in her breathless ecstasies and terrible funks. While we share their passionate affair we can be detached as viewers enough to realise its not going to end well.

Betty Blue is a glorious MOVIE. Its this hugely passionate, intoxicating adventure with an inevitable gloomy finale. Its one of those films that you experience. Quite a ride.

3 thoughts on “Betty Blue and the Shelf of Shame”