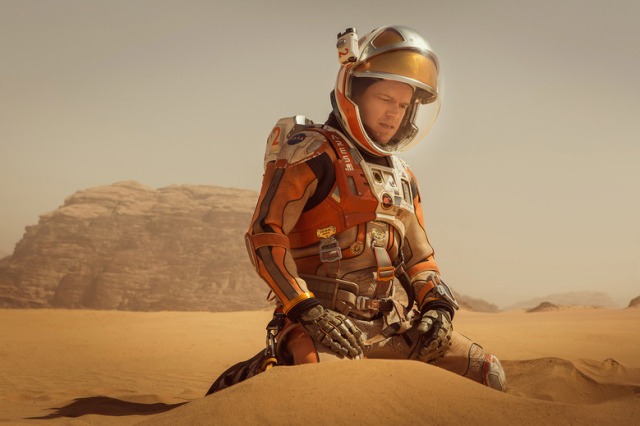 There is something almost brutally efficient regards Ridley Scott’s The Martian. Its a mean, lean machine- I think Scott says in his commentary that the film was shot in just 74 days, which is formidable indeed for a film of its scale, of its visual complexity. I would not suggest its a great film- like Interstellar, its a film I can enjoy and quite admire but its far from a personal favourite or a film I love. Which is, considering its subject, like that of Interstellar, rather strange- you’d think this kind of film would be right up my street. Maybe its the lack of tension, which may have something to do with the film’s particularly laid-back, relaxed score. I’d read the book beforehand so I knew how the film would play out the first time I ever saw it, but I don’t think anyone unfamiliar with that book has any doubt how it will turn out. At any rate, I do think that had this film got a moody, tense Jerry Goldsmith score, it would be a different experience entirely.

So anyway, The Martian certainly looks gorgeous (I watched it this time in 4K UHD, and in its slightly extended cut), with brilliant art direction, it has a fine cast, and a great story and screenplay, and no matter my misgivings is clearly superior to Apollo 13, the film it obviously is most similar to. Its just misfiring a little, and I’m beginning to think its because of its brutal efficiency- there’s little chaos to it, its all… not mundane exactly, but it just feels so calculated. Every shot, every line, its all like a machine with a particular purpose, to tell its story.  Its possibly a film via a committee, rather than a passionate and involving film from a single visionary director. Its quite true that there’s nothing inherently wrong with that, but somethings missing, and whenever I watch this film,  I’m never sure quite what.