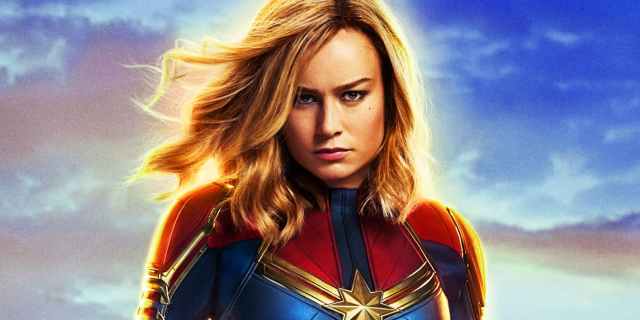 There’s something wrong with the structure of Captain Marvel. As origin movies go, its fairly dysfunctional- there’s zero opportunity for growth or what would qualify as  traditional narrative arc for a film such as this. While some might argue thats a good thing, perhaps even a breath of fresh air, in my mind it leaves this film feeling oddly broken- it doesn’t really work.

Maybe they tried fixing it in post- maybe this state of affairs is a result of that ‘fix’ not working, it’s certainly a curio. Mind, looking at those credits, it has two directors, five writers, eight producers, is it any wonder it turns out such a mess? If ever there were an argument for the single-vision of auteurs like Zack Snyder, Captain Marvel may be it.

Let’s compare Captain Marvel to pretty much any other Marvel hero in their first movie. Vers (Brie Larson) awakens on the planet Kree, a member of her planets Starforce, a military that defends Kree from the evil shape-shifting Skrulls. She’s a self-confident and accomplished warrior with fighting skills and (some) superpowers, right from the start. She is troubled by strange dreams and a loss of memory of anything prior to being brought to Kree as a young adult of eighteen years, but other than that, she is strong and confident. Complete with a sharp-looking rubber superhero costume right off the bat, she’s unfortunately got zero personality under that costume and little room for any growth; she’s a kick-ass warrior maiden, what’s left?

Most other introductory Marvel hero tales start with their alter-ego. Peter Parker as a shy, introverted student, Steve Rogers as a skinny kid who’s deemed unfit for military duty, Bruce Banner who’s a driven scientist, Tony Stark a self-obsessed playboy billionaire. You give them their superpower and the drama is how much it changes them, how they cope with those powers and inherent responsibility. How they grow.

Now, lets try an alternative structure. Let’s show Vers as her original identity of Carol Danvers on Earth, growing up, a young girl struggling to compete and prove herself in a mans world. She tries, she fails, but she always gets up and tries again until she succeeds. Well, there’s your personality and character. She’s driven and stubborn enough to struggle past adversity. I can see the title sequence right there, a period rock song, vignettes of her growing up. Post credits, we open proceedings with her as a young woman, she has a few close freinds, has managed to work her way into the airforce, when in a characteristic act of stepping up to the plate to prove herself, she is caught in a bizarre air battle and ‘dies’ in a crash.

And then she wakes up on Kree, ignorant of her real past. The mystery is how she got there and why, and why she can’t recall her past on Earth- or is this some twin? The plot then drives her back towards Earth and for her to uncover the truth, her true self, and ultimately the true scope of her superpowers. Presto, entertaining movie. Hardly rocket science.

The trouble is, we never really get to know Carol Danvers, the girl behind the costume and the superpowers. By the time the big effects/action spectacle kicks in, we don’t really care. Compare that to the magnificent Superman: The Movie, in which we always care about the title character, always empathise with him, and love Clark Kent, because we know who he is and why he is. Captain Marvel is one big glowing visual effect, and they don’t even think to write her some kryptonite to instil some danger or drama. Maybe that comes in the inevitable second movie, but as origin adventures go, this is one of the worst I can remember. She flies through space, destroying alien juggernauts and beating up alien bad guys, but it’s uninvolving, almost boring. We’ve seen all this CGI spectacle before, and modern film-makers really must try harder, do more. The eye-candy isn’t enough on its own anymore. 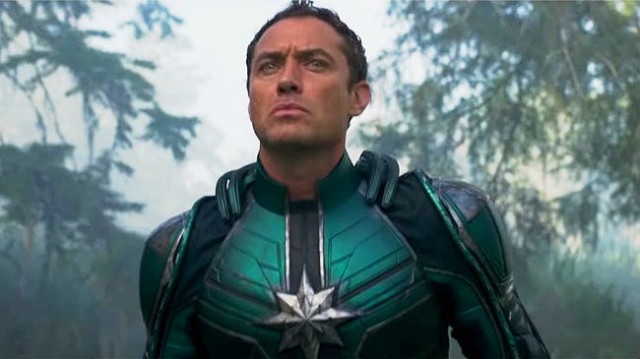 Brie Larson, so good in Kong: Skull Island is merely adequate here: she looks beautiful and steps up to the physical challenge, but she’s really hampered by the strange structure of the film that leaves her character hopelessly bland.

I think some have denounced such criticism as sexual politics and maybe the fanboy backlash post-The Last Jedi deserves some of that, but I honestly think its well-founded to some extent. For one thing, the film really doesn’t make any sense whatsoever. Its never competently explained what Annette Bening’s Kree-in-hiding character was doing researching technologies on Earth for the US Government, or competently explains why one minute its a galactic Kree/Skrull war with the Skrull as omnipotent invaders and then suddenly the Skrull are just misunderstood ragtag survivors looking for a new home and sanctuary from the suddenly nasty Kree- is all the lie simply set up for Vers’ benefit for some odd reason, in which case, are all the Kree in on it? I mean, what’s she even doing on Kree? What purpose does it serve having her think she is a Starforce operative named Vers? We are offered sideways explanations in passing, usually via dialogue, which we are not meant to consider or examine. The whole thing feels broken, a deck of cards ready to fall on closer inspection, completely undermining any of the actors attempts to make it work. Jude Law is almost hysterically bad as Vers’ mentor Yon-Rogg, initially a good-guy with a shady demeanor and then suddenly in a twist so badly executed I thought it was actually a bluff, he’s actually the main villain. He looks great in the part physically but its woefully underwritten and everytime he opens his mouth to speak the film goes clunk.  If your bad guy is such a non-entity, you’re in trouble: they almost absent-mindedly drag in that Ronan character from Guardians of the Galaxy (so forgettable in that movie I just had to look it up to check) for villian support, and that fails, too, unless it’s just to throw in those spaceships for our hero to smash.

On the plus side, it has a nice Stan Lee tribute at the beginning- although if you’re a fan of Steve Ditko and Jack Kirby and at all familiar with the real history of Marvel, that is just as likely to set your teeth on edge right from the start. With all due respect to Lee, he’s up there with Gene Roddenberry in the curated myths department. But hey ho, that’s the reality we’re living in, it’s easier to attribute talent/genius to one than in it is to a dozen.