This is almost infinitely bonkers. I don’t even know where to start regards reviewing it. If I were to suggest its best bits compared to the worst excesses of Armageddon, and that it also just went beyond that in featuring almost blatant lifts from Interstellar and Gravity and The Day After Tomorrow and Sunshine, becoming some kind of sci fi Disaster Movie Greatest Hits package, well, I guess that would just about sum it up and make the rest of this post quite redundant.

Its not that I haven’t seen anything quite like it, it’s just that, well, I have, but it was spread across several movies, and this thing condenses it all into a two-hour effects marathon that just assaults your eyes and intelligence in ways that even The Transformers movies stumbled at. I remember everyone scoffing at the science of Gerry Anderson’s Space:1999 back in the 1970s, and here we are with somebody suggesting that, well…

The sun is dying (Sunshine) and the only (?) hope for humanity is to pilot Spaceship Earth by, er, strapping several thousand huge bloody engines to it and letting rip, er, breaking out of orbit and literally flying the planet Earth to another star. Wait, just pause and digest that a moment, they are taking the Earth on a two-thousand year journey out of the solar system across interstellar space to another star. Okay. This also involves building a huge spaceship to lead the way with a Chinese astronaut sacrificing his family duties in order to step up and do his astronaut duty (Interstellar/Armageddon) and leaving his estranged children rather pissed off. Earth of course plunges into winter as it moves further from the dying sun (The Day After Tomorrow) and as the cities above plunge into icy horror (Snowpiercer) the remnants of humanity live in gigantic underground cities, busy maintaining and fueling the massive rockets on the surface pushing the planet into space. Unfortunately there has been some miscalculation or freak act of interplanetary gravitational mechanics because the Earth is moving too close to Jupiter (2001 etc) and is caught into its gravity well and planet Earth’s journey to another star (no, I can’t quite get my head around the sheer audacity and stupidity of that) is threatened to be cut short by the Earth plunging into Jupiter’s Great Red Spot.

It really is that insane, and I haven’t gone into the details about giant trucks on Earth or the HAL9000-wannabe up on the spaceship or the disparate groups and arcs running through the film. Its like someone took the sci-fi writer’s handbook of credibility and chucked it into the bin. A hugely successful blockbuster in its native China, it seems to have slipped onto Netflix out of nowhere and is quietly gathering some notoriety as being the film to make Michael Bay seem the very definition of restraint. I suppose the one good thing about it appearing in the West so quickly on Netflix is that it nixes some damn fool in Hollywood deciding to make a Hollywood remake. Its not to suggest that Hollywood could have done it any better or worse- one thing I can say about this film is that it definitely puts Chinese film-making on the map, technically at least, as it’s certainly up there with the kind of scale of effects spectacle previously the domain of the major American studios. Sure, it does look a bit too much like videogame cutscenes much of the time, but that’s true of some Hollywood stuff too.

Its just a shame, really, that instead of being uniquely Chinese and its own thing, it spends so much effort clearly mimicking Hollywood and recent Pop Culture excess, but on the other hand, it is refreshing to see a film in which its someone other than the Americans saving the world. Thinking about it, it perhaps indicates the future and real world order- I suppose in the Victorian era, it would have been the British Empire saving the world, in the last century it would have been America saving the world, but in this new millennium power is clearly shifting, and perhaps its true that it will be Asia and the Chinese that will step up in future apocalyptic movies to save the world. 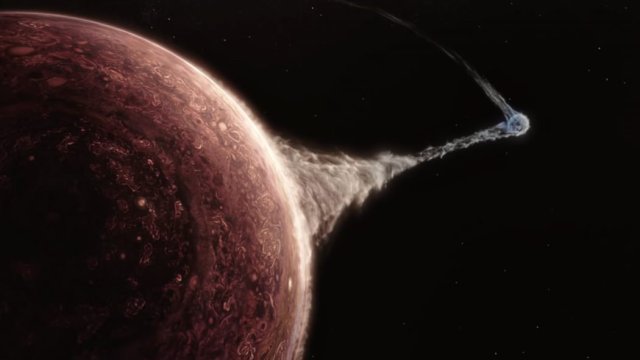 Its stupid. Its a blast. I felt a little dirty after sitting through all of it. I mean, really, it’s almost insulting, how daft and spectacular this thing is. But it’s certainly something. Just not really sure what it is. Crazy, yes, certainly. Lousy. Noisy. Eye-candy. Its the film that almost makes Armageddon seem like an arthouse movie. Perhaps there will be a sequel where they take a wrong turn near Saturn… I mean, considering the film’s huge success in its home territory a sequel is surely inevitable, it’s just I’m rather scared at where they will take the next one.