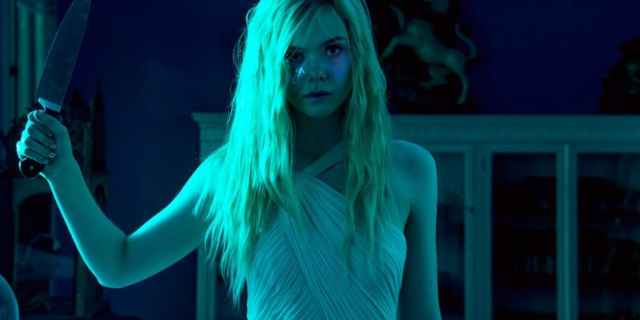 Typical of a Nicolas Winding Refn picture, this is a prime example in the school of style over substance film-making. Some might argue that this is an ideal approach for this film, as it focuses on the vacuous and image-centered business of modeling and advertising, but to me that is just excusing NWR for the sin of bad storytelling and making a film lacking any real substance. Its all smoke and mirrors. Yes its very impressive visually at times, and very stylish too, and its story of a 16-year old beauty being literally devoured by the fashion industry makes something of a curious adult fairy tale, but when its over it feels like a very empty experience. Patently pretentious, I finished the film feeling like I’d been taken for a ride, that the film was a joke, and that joke was on me.

Not for the first time either, regards NWR films, having suffered through Only God Forgives. Its seems that Drive was the exception to the rule. I think I shall steer well clear of future NWR films, they clearly aren’t for me.