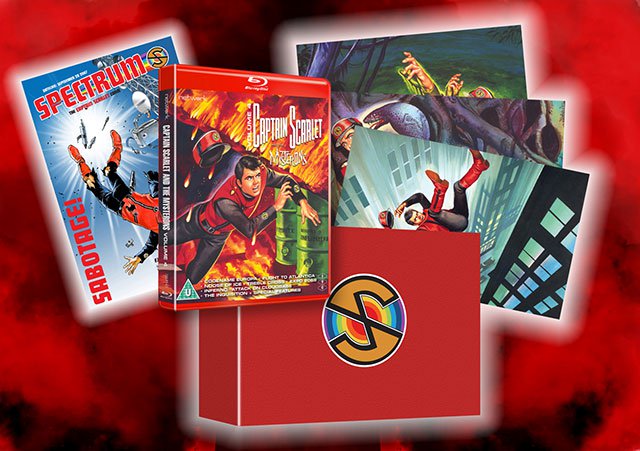 Well, it seems such a long time since the first volume came out, but Network have finally released the fourth and final volume of their HD Captain Scarlet releases. And what do you know, they saved the best till last- for what I believe is a limited time, this volume is available in a deluxe version with a box for all four volumes, with some art cards and a comic (oh well) but most importantly there’s a bonus disc full of extras; some documentaries, 1960s commercials, and the first episode of Joe 90 remastered in HD for its own release in a few months time. Up to now each volume has been devoid of any extras and although the remastering for HD has been fantastic its been weird having no special features of any kind to put the series in context. Anyway, at last that issue has been resolved. Its a handsome package to celebrate the show’s fiftieth (I’m old!) anniversary and the set of four volumes look great together as a box set. Just have to make time to watch the darn things- my third volume is still wrapped in its shrink-wrap, horrors!