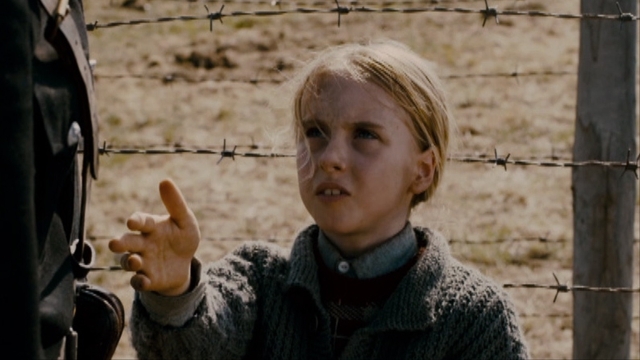 Sarah’s Key is a rather harrowing film about the  arrest of thousands of French Jews in the summer of 1942 by French authorities- a young girl,  Sarah (Melusine Mayance), tries to save her brother by locking him in a bedroom closet, thinking she will return soon. In the present, an American journalist, Julia (Kristin Scott Thomas) living in Paris learns that her new home is the flat the Jewish French family once lived in and becomes obsessed with tracing the family’s fate. As Julia pieces the few remaining traces together into some kind of narrative, flashbacks vividly show what happened as the young Sarah tried to escape and get back to her trapped brother.

While somewhat perfunctory in execution this remains a tense film with a surprisingly downbeat ending. I suppose it leads you to think that the final outcome will be a vindicated Julia meeting a still-living old Sarah, but this isn’t that comfortable or life-affirming. In this sense, it feels more ‘real’ and is all the more effective. The fairy tale of traditional movies leads one to expect one outcome and when it turns out another, it feels much more convincing and satisfying albeit less pleasant.

The performances are fine but the film really belongs to Mayance as the spirited young Sarah. Thomas, who I’ve followed since her stint in Polanski’s Bitter Moon many moons ago (sic) is rather wasted unfortunately, with a fairly needless b-story of an unplanned pregnancy that perhaps offers some sense of closure at the films end. But what a surprise to see Aidan Quinn in this. I don’t think I’ve seen him in a film since the great Legends of the Fall back in 1994.  I always liked him as an actor and looking back its so strange he was never a bigger ‘star’ than he became. Perusing IMDB, its clear he’s kept busy and had some success but its certainly odd that I’ve not stumbled upon him in a movie in all these years since. So bizarre seeing him just appear (somehow I hadn’t noted his name in the credits) like some ghostly blast from the past.