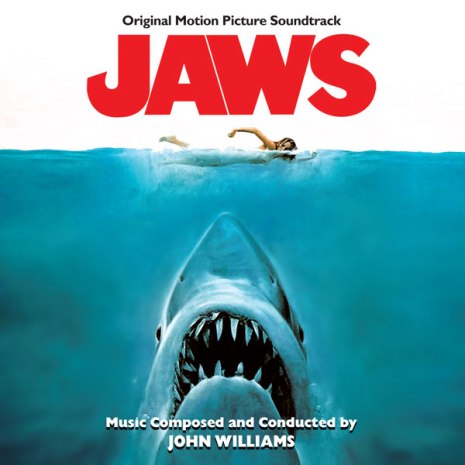 June 20th, 1975 was the day that Steven Spielberg’s Jaws was released (here in the UK, we got it on Boxing Day- young un’s today moan about waiting two to three  months for a digital/blu-ray release, imagine if they had to wait six months for a cinema release!).

If you’re not watching the footy tonight, this is the perfect excuse to get out your Jaws dvd/blu-rays or soundtrack lp/cd and press that ‘play’ button.

One observation though- if like me you were around in 1975/1976 when it was first released, don’t dwell too long on the fact the film is 41 years old today; it will only make you feel older by association. I’ve been listening to the John Williams score today feeling rather old. Thats the trouble loving some of these movies, as the years pass and they grow older, so do we too- but of course, the films and the actors and locations within them are frozen forever on that celluloid, never changing, while we ourselves only have to look in the mirror to see the marks of time. In Jaws, it will forever be 1975. When I look in the mirror- bloody hell, its 2016 alright…